This is how social impact is created 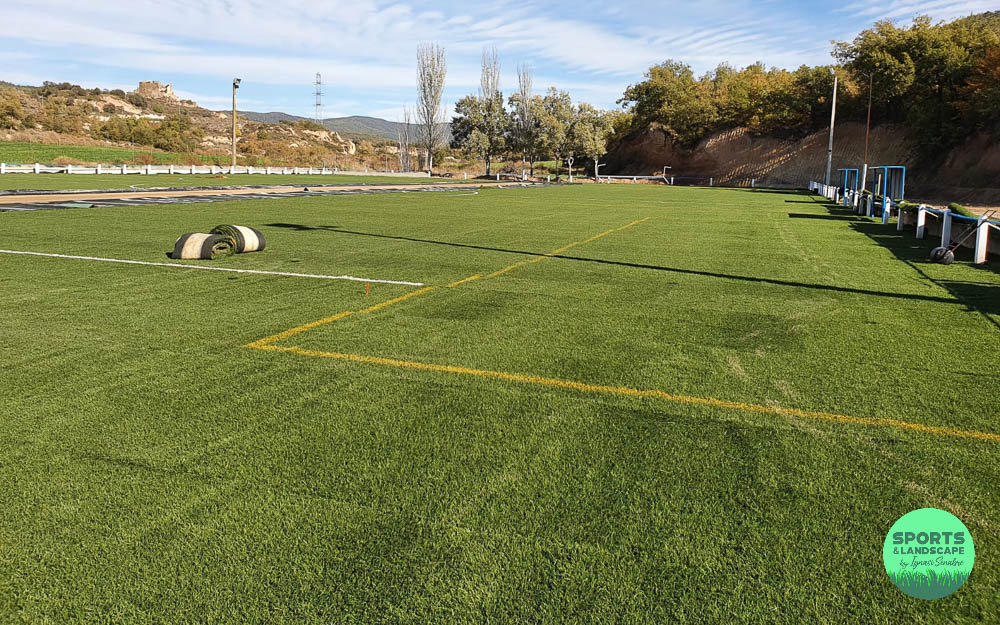 The project that Sports & Landscape has carried out in Vilanova de l’Aguda, in Lleida, is probably one of the smallest in recent years, but it is also the one that we are most proud of. It is the best example that we could run to create a positive impact in the community, following the Sustainable Development Goals of the United Nations Agenda 2030. In this case, it is not only about the positive environmental impact, it is also a social impact.

Two years ago the Vilanova de l’Aguda football team received unusual media attention for being such a small club, specifically a club from a town of only 60 inhabitants. However, it celebrated its 40th anniversary with the pride of having been able to maintain throughout its history a federated football team in the Lleida region, facing teams from municipalities with more than 1,000 inhabitants and even regional capitals of 12,000.

Thanks to the good atmosphere of this club, they have never been short of players, even when the town loses inhabitants. Until now, another problem was the field in which they trained and played: a soil field, which every fifteen days, before the match, a farmer had to prepare with his tractor up and down.

The peasants have now freed themselves from this work and can return to the farming fields. Because the football field of the Unión Deportiva de Vilanova de l’Aguda already has artificial turf thanks to Sports & Landscape.

The work has included the installation of a waterproof geotextile sheet. On top, sand and rubber filling and reused artificial turf from another field, thus reducing the environmental footprint and closing the circle of the circular economy. But, above all, creating positive social impact.

“Two years ago, I watched a report on television about this historic football club -Sports & Landscape founder Ignasi Senabre says-, and I thought that this team should be able to enjoy football on artificial turf, which it deserved, for its spirit, the good atmosphere, the solidarity of the peasants. Said and done, we got in touch with them and we have been able to carry out a low-budget project for the benefit of this team by reusing the artificial turf that we have uninstalled from another field. We are very happy to contribute so that the Vilanova team can continue playing football, and we are proud to do so with a circular economy project”.