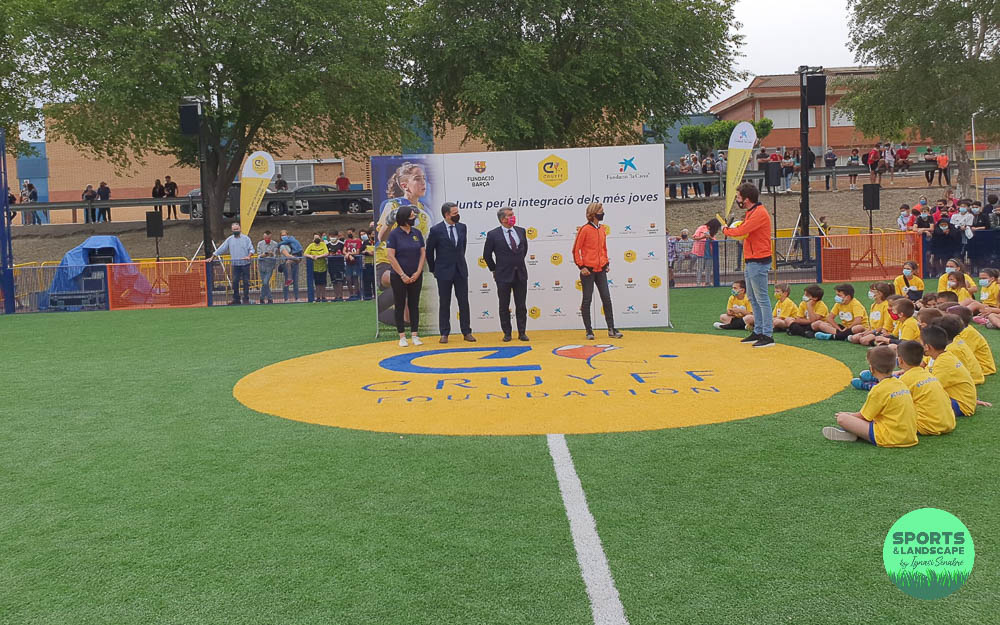 The new Cruyff Court in Vilanova del Camí was inaugurated today. It was executed by Sports & Landscape in August of last year.

It is a project of the Cruyff Foundation in alliance with the “la Caixa” Foundation, the Barça Foundation and the Vilanova del Camí City Council, to build, maintain and energize this new free-use soccer field, aimed at promoting sport and instill values ​​such as responsibility, integration, team play and self-improvement, and also prevent sedentary lifestyle and childhood obesity.

The president of the Cruyff Foundation, Susila Cruyff; the president of FC Barcelona and the Barça Foundation, Joan Laporta; the corporate director of Education and Marketing of the “la Caixa” Foundation, Xavier Bertolín, and the mayor of Vilanova del Camí, Noemí Trucharte, with the presence of the manager of Sports & Landscape, Ignasi Senabre, have inaugurated the Cruyff Court Vilanova del Camí , which is added to the eleven already existing in Catalonia, nine of which have been executed by our company.

These sports courts have been executed by Sports & Landscape, which is an exclusive partner of the Cruyff Foundation for the management, execution and start-up of these Cruyff Courts. It is a source of pride on the part of our company and the entire team that makes it up to be able to collaborate in this social project.