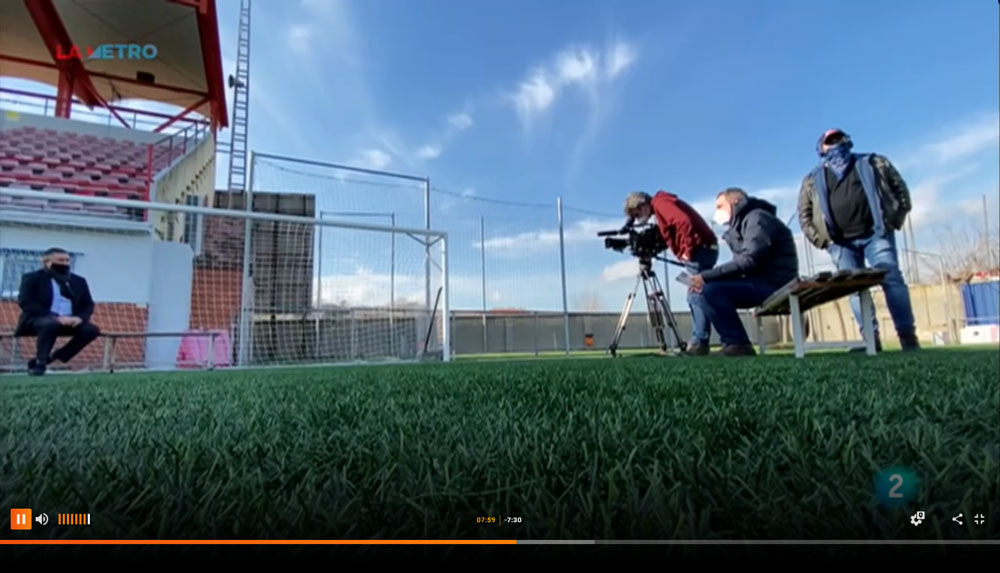 The RTVE show “La Metro”, produced by TVE Catalunya and broadcasted by La 2, has interviewed the founder and commercial manager of Sports & Landscape, Ignasi Senabre, in a report focused on the impact of the pandemic on the sports industry.

In Catalonia there are more than 500 companies dedicated to the sports world. The losses in the sector due to the impact of the health crisis and the resulting restrictions are estimated at 400 million euros. In addition, seven out of ten workers in this industry are in a situation of ERTE and it is estimated that three out of ten could lose their jobs. For this reason, the sports industry requests direct aid from the Catalan Government.

“Last year we have stopped for six months, from March to August, without billing anything and without public bidding. And now, starting in January, there has been another lock-down in Catalonia in this industry, because there is no activity on the football fields, and that means that the company, the factory and all the suppliers are stopped”, Ignasi Senabre explained in the interview, shot on the Ripollet artificial turf soccer field, installed by Sports & Landscape.

“Sport is health and football is a fundamental activity for kids, which allows them not only to cultivate healthy sports habits, but also other values ​​such as teamwork, the spirit of self-improvement and friendship. It is also an open air activity”, the representative of Sports & Landscape stressed.

The report also includes an interview with Anna Pruna, president of Indescat, the Catalan sports industry cluster, and Jordi Roquer, CEO of Seven Mila, a company dedicated to sporting events.

The program (in Catalan) can be viewed here.